Sarah and Scott got married at one of the coolest places we have ever shot wedding, home plate of the Cincinnati Reds stadium, Great American Ball Park! When we first met them and found out where they were getting married, we knew we wanted to shoot their wedding. They were two of the nicest, most fun people we have had the pleasure of working with, and the families were a blast too! We went all over downtown Cincinnati shooting pictures at some new spots we found. One of our favorite parts of the day was when we pulled over on the side of the road down by the river to get a shot with everyone in front of the city skyline, and two police officers on Harleys showed up. We thought we were going to have to leave, but it turned out they wanted to let us use their bikes for pictures! How cool! Special thanks to those two officers for letting us do that! The reception was so much fun and it was up in champions club in the stadium, with huge windows that looked out to the field! Toward the end of the night, we even got to go out with all the guests, sit in the seats and watch fireworks! It was a really fun day and we would like to thank everyone again for helping us out with our first kiss shot! It turned out really great!

Sarah and Scott, thank you so much for letting us be a part of your amazing wedding at the ball park! It was so much fun shooting with you guys all day and we can’t say thank you enough for giving us so much time with you and your wedding party! You guys really know how to throw a great party and an awesome wedding! 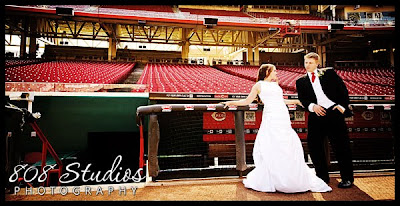 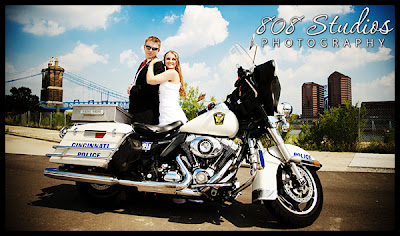 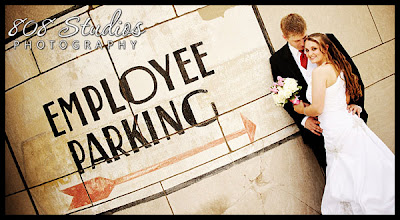 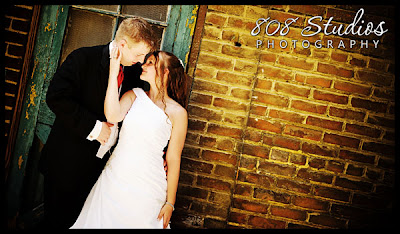